Our broad technology experience gives our clients an edge in the marketplace. That valuable experience is built from our diverse employees. Since 1996 we have relentlessly focused on delivering results for our clients while building the most talented team possible. 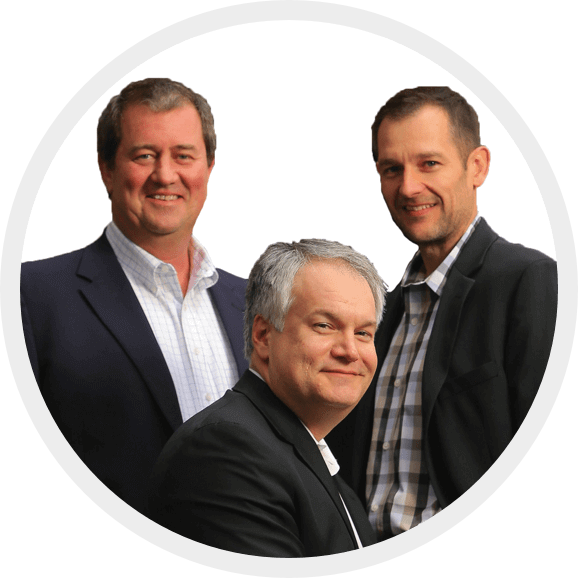 The combined experience of our leadership team is unparalleled in the industry. Our clients also tell us that our integrity is unmatched as well.

Mr. Burgess is a co-founder of Mainstream Technologies and has served as President since its inception in 1996. John also serves as Mainstream’s Chief Security Officer and leads the Company’s Cybersecurity Management and Consulting unit.

John believes passionately in the value of STEM education and STEM-related careers as a vehicle for economic development and societal improvement and actively supports various organizations which promote STEM, including The Academies of Central Arkansas, The Museum of Discovery, and the Arkansas Advanced Initiative for Math and Science.

Mr. McClelland is a co-founder of Mainstream Technologies and serves as the Vice President of Information Technology. In this role he oversees the Data Center and Managed Services Division. He has been instrumental in the design, development and implementation of Key Account solutions, as well as overseeing the installation and implementation of the Mainstream Technologies Data Center.

Prior to founding Mainstream Technologies, he served as the Financial Applications manager for Dillard’s Department Stores and currently is serving on the Board of Directors of Traverse Systems, LLC.

Mr. McClelland holds a Bachelor of Science degree in Data Processing and Quantitative Analysis from the University of Arkansas at Fayetteville.

Mr. Jeff Byers serves as the Vice President of Software Solutions. As Vice President, he oversees the software services teams and has ultimate responsibility for quality assurance and client satisfaction for ALL THINGS PROGRAMMING (ATP). Mr. Byers monitors each client engagement to assure that their expectations are either met or exceeded using proven technologies and processes.

Mainstream is committed to more than our customers and employees. Mainstream believes in giving back to improve the community in which we live as well. Through the donated time and effort of our leadership team and employees, we are honored to be part of the following: