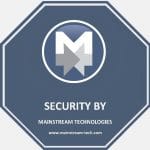 “Reviewing End-User License Agreements” is redistributed from US Cert as a service of Mainstream Technologies.

What is an end-user license agreement?

An end-user license agreement (EULA) is a contract between you and the software’s vendor or developer. Some software packages state that by simply removing the shrink-wrap on the package, you agree to the contract. However, you may be more familiar with the type of EULA that is presented as a dialog box that appears the first time you open the software. It usually requires you to accept the conditions of the contract before you can proceed. Software updates and patches may also include new or updated EULAs that have different terms than the original. Some EULAs only apply to certain features of the software, so you may only encounter them when you attempt to use those features.

Unfortunately, many users don’t read EULAs before accepting them. The terms of each contract differ, and you may be agreeing to conditions that you later consider unfair or that expose you to security risks you didn’t expect.

EULAs are legal contracts, and the vendor or developer may include almost any conditions. These conditions are often designed to protect the developer or vendor against liability, but they may also include additional terms that give the vendor some control over your computer. The following topics are often covered in EULAs:

The following topics, while not standard, are examples of other conditions that have been included in EULAs. They present security implications that you should consider before accepting the agreement.